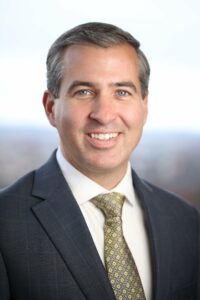 Derek was named president of KC&A in August 2021, as longtime firm president Dr. Ken Chapman assumed the role of Senior Partner and Founder.

Derek initially joined KC&A in 2012. Previously, he was a partner in a  startup tech company, which he managed alongside his business partner for 9 years, prior to selling his half.  He also spent time working as an investment advisor.

Among his other roles at KC&A, Derek is the host of KC&A’s Brain Chatter podcast.

He is a graduate of Samford University, is a member of the Alabama Leadership Initiative’s Class of 2008, and holds a certificate in Longevity Training from the University of Southern California.

Derek is the past president of the Rotary Club of Anniston and a past vice-president of the Rotary Club of Birmingham, where he  remains an active member.  He is an Assistant District Governor for Rotary International in District 6860. Derek currently serves as the Chair of the nonpartisan Public Affairs Research Council of Alabama’s Roundtable.  He was a member of the 2007 class of Leadership Calhoun County. He has served on a number of charity boards of directors and currently volunteers with the Freshwater Land Trust’s Adopt-A-Trail program, Knox Concert Series, and American Legion Alabama Boys State, a youth citizenship program.